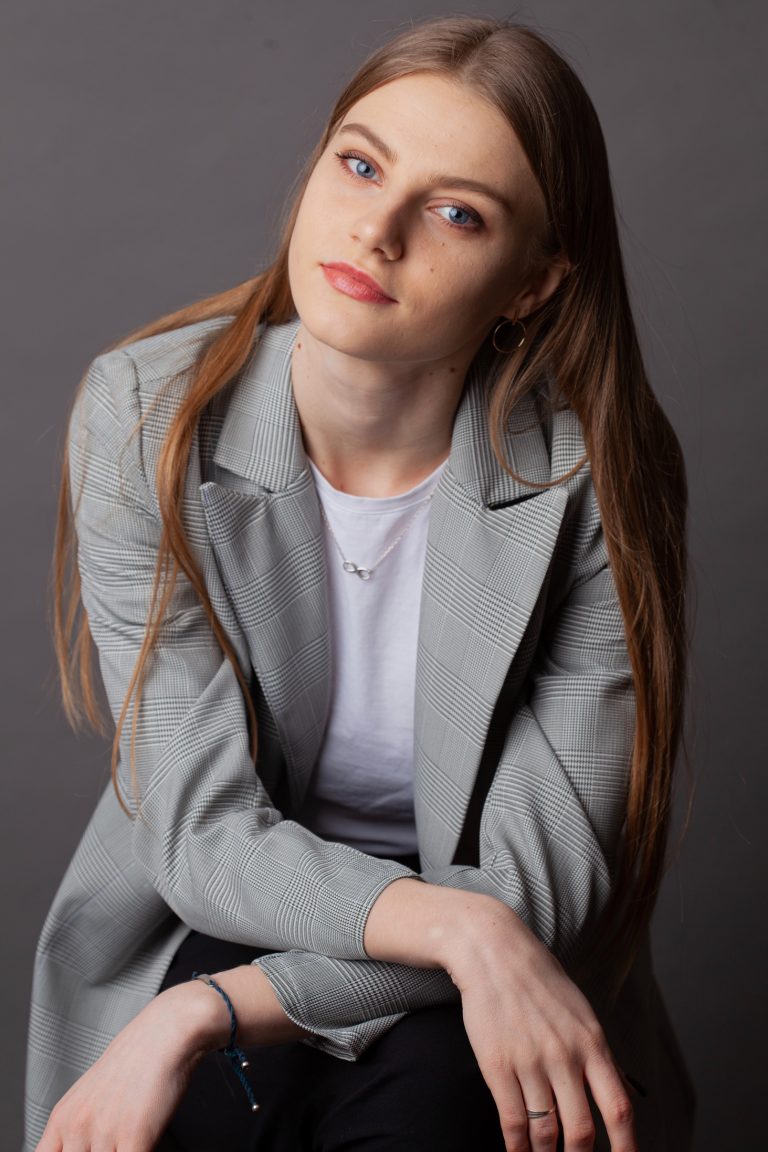 Anyone who has used social media over the last few years will have seen the boom of the influencer economy. In fact, according to Business Insider, the influencer market is set to be worth a staggering $15 billion by 2022. What is it that makes this market so lucrative? We now use social media not just to converse with people with friends or family, but to follow people who inform, entertain, and inspire us. Moreover, many of us now use social media to engage with brands who are endorsed by these influencers.

Although this is an extreme example, even a fraction of Kylie Jenner’s 140 million followers buying a product can generate long-term revenue for a brand.

So is this all that influencers have to offer, the ability to influence consumer behaviour?

Fortunately, that isn’t the case. Instagram showcases the lives, work, and passions of a vast number of incredible women.

We want to put the spotlight on women using their status as influencers to promote a range of worthy causes, as well as providing lifestyle and career guidance.

Here is a selection of influencers we hope will lead and inspire throughout 2020.

One of Australia’s premier fitness gurus, Itsines has built a multi-million dollar empire through her mission to “bring incredible confidence and pride to women all around the world.”

She is most recognised as the founder of Bikini Body Training Company, a women-led fitness community with over 20 million members worldwide.

Although hers is a life that many may wish to emulate, Itsines focuses her brand much less on herself and more on her customers.

Therefore, her Instagram mainly showcases the physical transformations her clients have achieved.

These posts are interspersed with short workout videos, with comprehensive guidelines and demonstrations.

Itsines ensures that women have the tools they need to transform not only their bodies but their mindsets.

This solidifies her Instagram as a must-follow for any female fitness enthusiasts.

Ad ✨Wanna know one of my fave things? I’d bet it’s one of your fave things too? Being cosy and sinking my teeth into a really gripping tv series- even better if Liam likes it too so we can geek out together over it!😎 . @SkyTV have SO many good things on right now, one of them being #SaveMeToo (returning tonight FYI), it’s a gripping box set that makes you HAVE to watch the next episode (all 6 are available now!) as soon as you possibly can! Parts of it are set in a pub (the iconic Palm Tree pub) with a real community spirit (another of my fave things) and the folks over at Sky asked if I could bring the best bits of a pub to my lounge?🍾 . Ummm, yes!!! Best bits of a pub for me are who I’m with, a jazzy outfit (I’m always overdressed if we pop to our local haha) and a nice drink- throw in some snacky bits and I’m golden! So, I ‘invited’ Liam to the Lounge Pub, wore my snazziest PJ’s, poured a glass of fizz and voila, we were all set for a great TV Night! If only I could actually wear my jimjams out!🥰 . Have you started Save Me Too? Don’t leave any spoilers! Do you think pubs should roll out a PJ Night dress code when we’re back to normal again? Aha, I might suggest it! 🎉Cheers! #AD

Pentland is commonly considered to be the UK’s number one parenting blogger.

Her lifestyle brand originated as a vlog, which covered topics ranging from beauty and fashion to interior design and pending motherhood.

Her former brand name ‘Sprinkle of Glitter’ encapsulated Pentland’s effervescent personality and her penchant for crafts.

The culmination of Pentland’s efforts, a book entitled Wilde About The Girl, became a Sunday Times bestseller upon release.

While Pentland’s insight into her day-to-day family life is what initially captivated her audience, Pentland has recently transitioned from a lifestyle blogger to an advocate of social change.

In particular, Pentland is known to champion women’s rights and body positivity.

This can be seen in her recent role as Change Ambassador to the UN.

This doesn’t mean, however, that there are no remnants of the ‘old’ Louise Pentland.

Visitors to her YouTube channel are as likely to be entertained as they are empowered, with every post capturing Pentland’s warmth, enthusiasm, and optimism.

This Ramadan may be one of the most special months in our lives if we adjust our mindset. I remember working in retail when I was in uni and feeling like crying some days because I’d have a late night and an early start with demanding customers whilst fasting long hours. With the exception of NHS workers and others who are still out there doing their job, many of us will be at home. Work may not have stopped for us, whether you’re working from home or a parent but I believe the isolation during this holy month can be seen as a blessing. Our Prophet Muhammad ﷺ would isolate himself to meditate and it was in meditation where he received revelation. As Allah says in the holy Qur’an – “But perhaps you hate a thing and it is good for you and perhaps you love a thing and it is bad for you”. I pray we have a significant Ramadan that improves us spiritually, mentally and physically for the future, Ameen. Photography – @takemorephotos @mabdulle Styling – @elavdjeugd 💛 Calligraphy – @illmco #RamadanMubarak #RamadanKareem #Ramadan2020

Influencer, model, and social justice advocate Mariah Idrissi first came to attention in 2015, when a campaign for H&M saw her become the first hijab-wearing model.

This platform has given Idrissi to become a nationally-recognised spokesperson for modest fashion.

This is evident in her Instagram, which showcases Idrissi in a vast range of chic and eye-catching hijabs and accompanying outfits.

Idrissi uses her status as an influencer to address another passion of hers: sustainability.

In an interview for Grazia, Idrissi acknowledges that as a Muslim, she feels a responsibility to help protect the planet.

She believes that social media can be used to ‘turn the table on negative impacts’ on our spending habits, and can instead be used to promote messages of wellness, positivity, and responsibility.

Currently, Idrissi is promoting Help Yateem to her 91k Instagram followers, a charitable organisation that aims to help orphans worldwide break the cycle of poverty.

As I paused with my journal to reflect on 2019, I couldn’t help smiling ear to ear. 2019 brought the highest highs – + Hosting more than 200 people at my live event, Confidence Activated (confidenceactivated.com) + Celebrating another year with the members of Faith Activated, my annual journaling experience (rachelluna.biz/faith) + Finding a group of sisters who pray with me weekly and war in the spirit on my behalf + Being and receiving what could only be called an actual miraculous healing + 79% sales revenue increase & highest revenue grossing year to date (with only working the first 6 months of the year!!!) • and so many more… 2019 also brought the lowest lows – – being diagnosed with triple negative breast cancer (the most aggressive type) – wiping out our entire savings to pay for medical treatments not covered by health insurance – losing my hair and having to come to terms with what and who I saw in the mirror – being forced to slow down, stop working and face all the demons that were revealing themselves during my healing process • and so many days filled with gut-wrenching tears… BUT GOD!!!! In the peaks and the valleys, my God was with me – …carrying me …providing for me …loving me So as I reflected on all I had experienced, I couldn’t help but smile because I had written the outcome in my journal long before I saw the manifestation. I had written, over and over and over – I AM BLESSED & HIGHLY FAVORED I AM FORTIFIED I AM RESTORED, WHOLE, COMPLETELY& PERMANENTLY HEALED! I wrote those statements every single day because it is written in the word, “Write the vision and make it plain so that all who run by it may see it.” I was determined to write my vision and make it plain. And now YOU SEE IT! Here I am. Healthy, healed, whole, permanently & completely. There is nothing that can’t be accomplished when you carry the word of God in your heart, activate your faith and write your visions. Friends, as we enter a new decade, I encourage you with all I have – WRITE YOUR VISIONS! Get into a great journal practice. Spend time getting to know yourself, healing those traumas that are buried deep down, reconnectin

This is the name of her brand, a lifestyle brand centred around empowering women to take control of their paths in life.

Luna’s social media is full of messages about the importance of determination, self-worth but also self-love – a powerful combination for women at risk of burning themselves out in the pursuit of success.

Losing her parents at a young age, she was motivated to defy expectations, not only by serving as the U.S.

Marine during the Iraq War but also through her battle with breast cancer, with Luna describing herself as a ‘cancer thriver.’

Liv Little is the founder and CEO of gal-dem, a British print magazine and a digital channel dedicated to women and non-binary people of colour.

Little launched gal-dem as a student in 2015, in direct response to the lack of diversity in similar publications.

Following the relaunch of gal-dem in March 2019, the publication has now commissioned over 500 writers, artists, and photographers.

An anthology of articles and essays from gal-dem titled ‘I Will Not Be Erased: Our Stories About Growing Up As People of Colour’ was published in 2019.

As well as being a publisher and writer, Little works as a producer and coordinator for Storm Models, helping to diversify the fashion and modelling industry.

Amika George is a young British activist, founding the movement #FreePeriods as a high school student.

The campaign also works to address the stigma surrounding menstruation.

As a result of her activism, George has been commended in Time Magazine and Teen Vogue as an inspirational and influential young person.

George is notable for using social media as a vehicle for activism, which has recently been described as ‘clicktivism.’

George says that this is now vital for mobilising passionate and political young people.

Whether it’s sharing a link on social media or donating to an online campaign, people can feel as though they can make a difference no matter how small.

Meet Zoe (mom @crunchyenough). She is the sweetest, bravest little girl. Although the cheers of folks on the sidelines initially scared her, she pushed thru and finished the #Harlem1Miler strong! Then she came over to report back to me and, when I picked her up, she leaned her little forehead onto my head 😭. I almost cried tears of joy. Zoe made my day! Her first race is now behind her. #YoungLegendz #HarlemRun #WeRunHarlem 📸 by @terriaclayphoto

Alison Mariella Désir is a woman of many talents, roles, and passions.

Having first started running after a period of depression, Désir began a blog, powderedfeet.com, to chart her efforts.

Following the blog’s popularity, Désir soon spearheaded a nationwide initiative to turn female runners into a source of both inspiration and social change.

This includes Harlem Run, a running group open to all ages, genders, and body types, as well as Run 4 All Women, which raises money in support of Planned Parenthood.

Also Read: 5 Helpful Hacks to Help The Businesswoman Rise Up 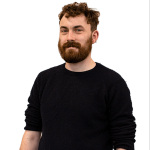 Alex Chenery-Howes writes for eBloggers, a luxury online retailer specialising in second-hand designer clothes worn by some of the UK’s biggest influencers.